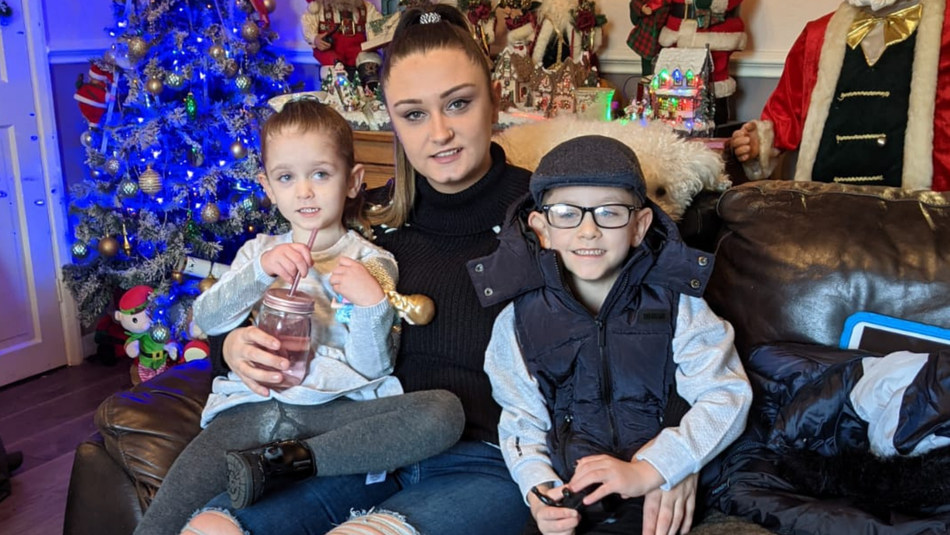 Rachel, 26, and her partner have two children Riley, six and Ruby-Leigh, four, who were born with complex health conditions. She shares the difficulties she’s faced during lockdown and how Action for Children have supported her

Rachel’s children were born with complex health conditions which saw Riley born with a gap in his oesophagus, his heart on the wrong side of his chest and two extra ribs. Two years later when Ruby-Leigh was born, she also had a gap in her oesophagus and started having regular seizures which sees the family in and out of hospital.

Rachel said: “It hasn’t been easy for the kids. Riley has developed anxiety as well with his own traumas from his conditions and then in 2019, their dad went into psychiatric care after he admitted himself when things were getting too tough. That’s when the hospital recognised that I was struggling as well.”

When Rachel told the hospital her situation, they put her in touch with Action for Children and she was assigned a worker who would talk to Rachel and help her manage the stress. Rachel said: “When the world was normal, they’d come out every week and give us a bit of time to unwind. I was just on my own. The only people I had to talk to were a four-year-old and a six-year-old.

Life during the pandemic

“Then Covid hit. I didn’t know if the support would continue but it did. And it was just great. We couldn’t see the workers face to face. But they still rang every week to make sure we were okay.”

Despite the restrictions and having to shield, the family had always managed during lockdown, but would have to try to really stretch the food to last. Thankfully, Action for Children were able to provide them with food and activities for the children.

If people didn’t donate, families like mine would be so much more worse off.

Rachel said: “It was brilliant, they just turned up with a food parcel filled with tins, fresh fruit, milk and bread and sometimes it’d have little sweeties in.

“They also brought activities for the kids to do. They’d bring colouring pictures and it was just a great help for the kids at the time. They even gave us a book to help us explain the virus to the kids which was brilliant.” 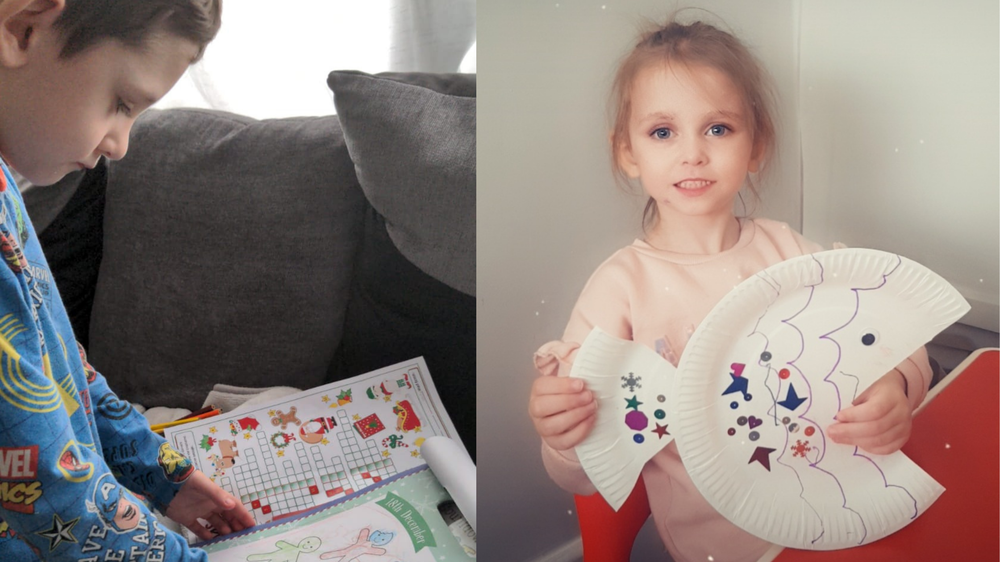 Riley (left) using a colouring book, and Ruby-Leigh (right) showing off her art.

Everything seemed to be fine for the family. However, they were hit with a gas leak and a broken cooker.

Rachel said: “A gas man came to check the gas leak. They said the cooker had to be replaced but I couldn’t afford it. If it wasn’t for Action for Children, I wouldn’t have had a cooker for a long time. We would’ve waited months and the kids wouldn’t have gotten a hot meal.

Action for Children helped us from afar, even if it was just standing on the street and shouting in to say hi and give the kids someone to see.

“I think the kids started to see how stressed I was at that point and that would stress them out, they got themselves worked up a bit more and they’d get upset. Action for Children helped us from afar, even if it was just standing on the street and shouting in to say hi and give the kids someone to see. Having that support relieved our stress so they were relieved.

“I don’t think you’ll ever realise how much help and support you gave and continue to give me. Not just financially, but emotionally. If you guys weren’t there, I would strongly believe that a lot of families would be broken. If people didn’t donate, families like mine would be so much more worse off. And I think a lot of peoples’ mental health would be greatly affected.”

Help us make a difference

With your support we can make sure children have things like enough proper food, somewhere safe to sleep, shoes that fit, equipment for learning, support with mental health, and that parents can pay the bills. These are the essentials, the fundamentals of a safe and happy childhood – things that no child in the UK today should go without.

Help us be a vital lifeline for children and families