In their own words: The pandemic-struck families at risk of being plunged deeper into poverty 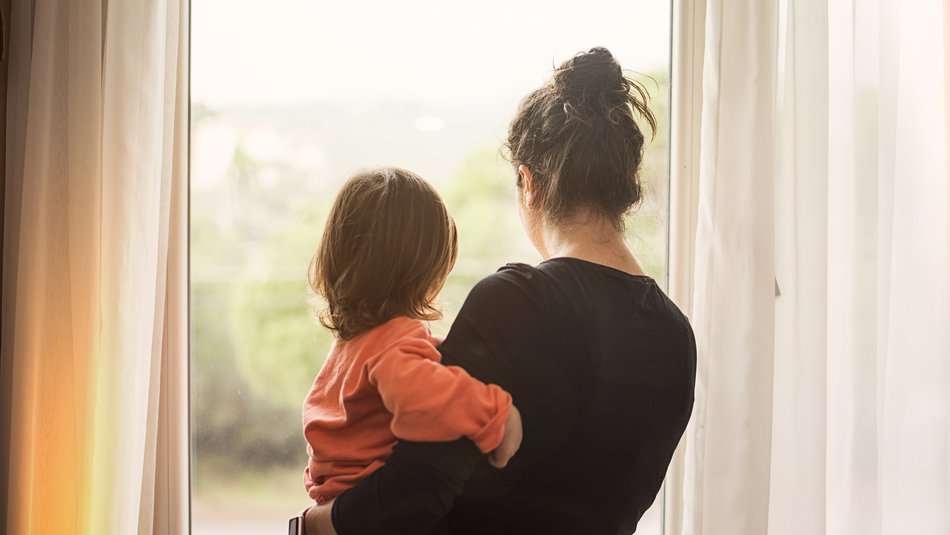 No one could have foreseen a year ago that we’d be still be suffering a long, crippling pandemic – least of all the families who’ve been worst affected

As shops shuttered, businesses closed and classes were canceled, hundreds of thousands of families suddenly found themselves reliant on external support, through no fault of their own.

Nearly half of the families Action for Children spoke to in December 2020 who were claiming Universal Credit were doing so for the first time ever.

Among the families finding themselves in an unexpectedly precarious position is Kate’s. She and her husband have two children, Lucy and Sam, aged six and two. Sam received speech support from Action for Children during the pandemic.

Rocked by the pandemic

Kate’s family runs a café in a seaside town, which has been affected by public health restrictions during the crisis. The financial impact on their business was immediate when the pandemic hit in March 2020, normally the busiest period for the café.

They applied for a government business grant, which “did help a little but not a lot”. Following that, they decided to make a claim for Universal Credit, but that also left them unable to cover their costs.

Kate said: “Eventually we had to go onto Universal Credit. I think people think that you go on that by choice and that you can live off it, but it covered our rent and then we didn’t have any more money [left over].”

“After we applied, it then took us eight weeks before we got any money, and that whole time we didn’t even know if we would get it. It wasn’t about how we, as parents, were going to eat, but we didn’t want the children to notice anything different. You just kind of want things to be as normal as possible [for the children].”

Eventually we had to go onto Universal Credit. I think people think that you go on that by choice and that you can live off it, but it covered our rent and then we didn’t have any more money.

As the pandemic continued and the restrictions remained in place, the family’s financial pressures intensified. When schools re-opened, they had to request a school uniform grant. And then when they shut again, they couldn’t afford the resources needed to home-school their children, not owning a laptop or computer needed for online lessons.

Over the course of the crisis, Action for Children provided the family with food vouchers and a tablet for online home learning.

The experience has left Kate and her husband suffering stress and shame.

“We were so embarrassed; we still haven’t been able to tell our family how much we are struggling… it’s hard to explain what this last year has been like. People have such stigma around those on Universal Credit, it’s not as easy and straight forward as people make out.

While the road out of lockdown remains unclear, there’s a further burden on the shoulders of families like Kate’s: a threatened cut to Universal Credit, the payment that has been a lifeline for millions of the most vulnerable families.

In April 2020, a £20 per week increase was applied to the standard allowance in Universal Credit and the basic rate in Working Tax Credit, for all claimants. At the time, the Government stated this was done with the intention of helping “our most vulnerable households” by “strengthening the safety net” to “protect you if the worst happens”.

People have such stigma around those on Universal Credit, it’s not as easy and straight forward as people make out.

Now the uplift is due to be withdrawn at the end of March 2021. This is despite the fact that statistics suggest that the worst of the pandemic’s impacts on the economy and unemployment are yet to be felt.

Based on Action for Children analysis of official UC and WTC statistics, pressing ahead with the cuts is equivalent to taking £1,040 out of the pockets of each household across the 2021-22 financial year. This will have a drastic impact on an estimated 2.5 million families with children – like Kate’s - who will lose a combined total of £2.6 billion.

Support our call to extend help for the most vulnerable families

It isn’t fair that children in the most vulnerable families, who’ve already missed out on almost a year of childhood, will pay the price for a the pandemic. Action for Children is calling for the uplift to Universal Credit to be made permanent, to ensure that low-income families are properly supported through the pandemic and long-term recovery period.

Urge your MP to stand with disadvantaged children
Take action