Action for Children worker speaks out: “Working here, you see how resilient children can be” 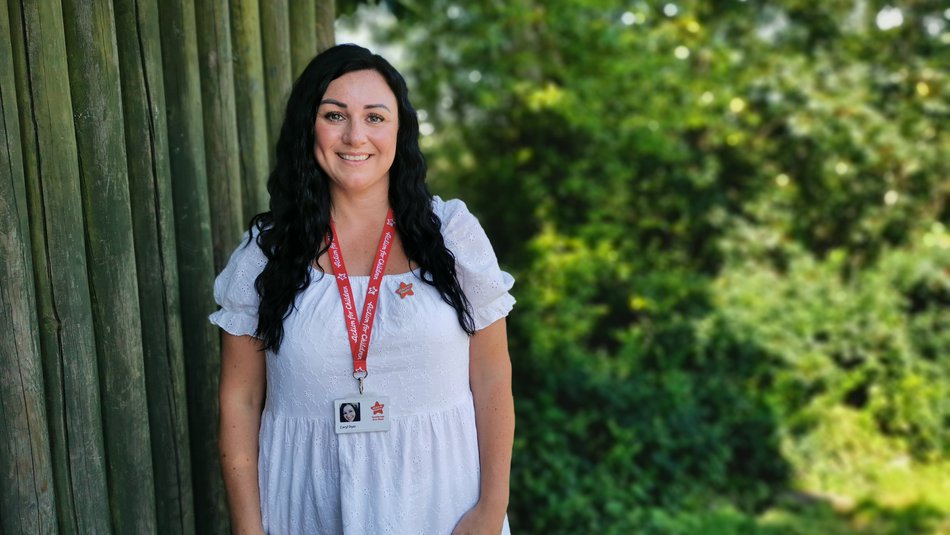 Action for Children worker Caryl Dyer takes you behind the scenes of our latest campaign, Star in Every Child. She shares the true stories behind what you see on screen

When Caryl Dyer got a call asking her to star in Action for Children's latest awareness-raising film, she leapt at the chance.

“This campaign is all about children reaching their potential, regardless of who they are,” explains Caryl, an Action for Children service coordinator in south Wales. “I love the meaning behind that. It’s the belief that’s kept me going for the past 13 years and why I was excited to be involved in the film.”

A passion for helping children

After initially joining Action for Children on a service for children with autism in Cardiff, Caryl’s held a diverse variety of roles. She’s worked directly with families in crisis, provided short breaks for young carers, in residential services, after-school clubs and play schemes. She’s now working in mental health for children and young people, an area she’s passionate about.

“Every role was extremely rewarding in its own way,” reflects Caryl. “Because in each of them, you're supporting vulnerable young people to thrive. I think the common thing among all of them is that you leave at the end of the day knowing that you've done your best by a young person, which I think is pretty special.”

In our new ‘Star in Every Child’ campaign film, Caryl gets to share the beliefs that drive her – and Action for Children staff and supporters across the country. That no child should go hungry, without love or a safe and stable home.

“Unfortunately, there are lots of things that can stop a child’s star from shining,” says Caryl, “Things like domestic abuse, substance abuse, poverty, or poor parental mental health and wellbeing. Action for Children has lots of services across the UK that can help families overcome these things and help their children’s stars to shine.”

Now, Action for Children is asking the public to help us do more, by helping us provide the things that can help a vulnerable child have a safe and happy childhood. Simple things, like a warm, nutritious meal or a support worker who will be there to listen, support and help keep them safe. 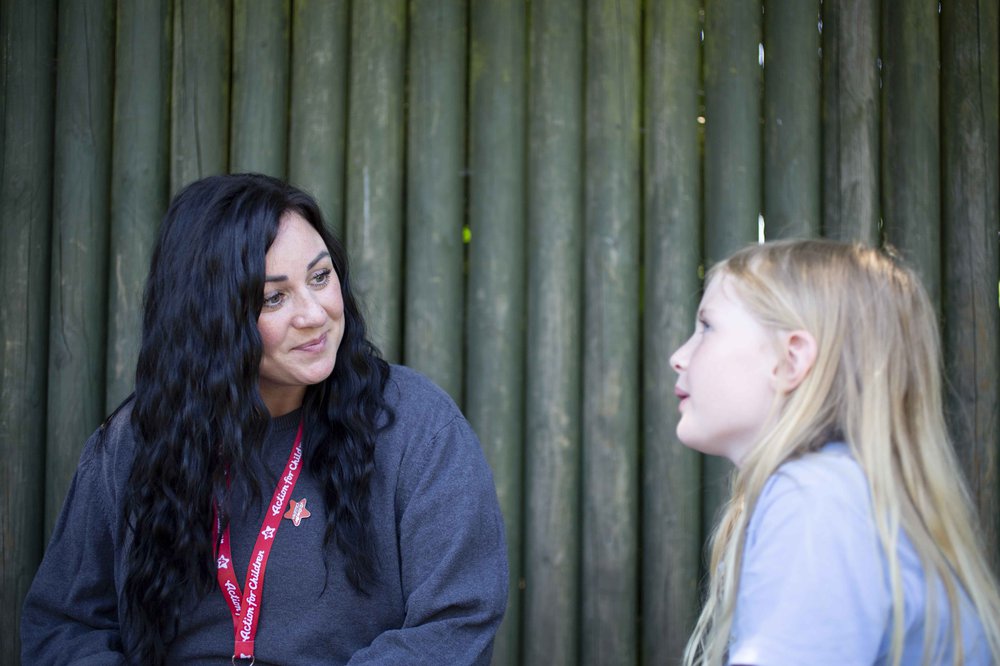 The reality beyond the screen

Caryl explains that the campaign reflects the reality of what she and other Action for Children workers see every day on the job:

“In the film you see children that maybe do not have access to a healthy meal, or decent shoes to wear to school. Unfortunately, that is the reality of what we come across regularly working for Action for Children.

“It’s extremely disheartening to know that young people are facing such challenges. But I’m hoping that with the public’s support, we can reach more of them. It would mean the world, and make a big difference”

Recalling one of her proudest moments, Caryl says:

“I’ll never forget one young boy - two brothers actually. Unfortunately, they'd lost their dad at a younger age. The surviving parent was struggling with bereavement at the time and went into ‘survival mode’. Unfortunately, it turned into substance misuse and alcoholism.

“They were barely getting by. During that time, it was just a very difficult, challenging family situation for all involved. The children were displaying quite challenging behaviour trying to deal with all of that, they weren’t getting on with school and so on.

“It was my role to come in to support this family because it was all coming crashing down. It was a very long and challenging piece of work, but we supported them and we prevented the boys from having to go into care. That was fantastic.

“When we first went in, the situation was quite severe – it was really harrowing. But after working with them, they became resilient young boys, they were at school, they attended every day. At the end of the day, they had a supportive network around them and that’s so important.”

“It’s extremely disheartening to know that young people are facing such challenges. But I’m hoping that with the public’s support, we can reach more of them. It would mean the world, and make a big difference”

With the right support, any child can shine

Caryl’s own childhood was a happy one, in which she felt lucky to have a loving home despite financial adversity.

“We weren't from a wealthy background. I was raised by hard working parents, and we lived from month to month. But I felt very fortunate that I was surrounded by a lot of love, a lot of positive relationships.

“That's what makes me passionate about this cause. That it doesn't matter what your background is, you can still shine, and you can still make your own way. Sometimes small things, like having somebody there for you, is all that matters.”

How you can help

When a child has the safe and happy childhood they deserve, their star shines brightly. But too many children in the UK right now don’t have the chance to shine. Their childhoods are overshadowed by abuse and neglect, poverty, and poor mental health. But you can change this.

There's a star in every child. Let it shine.

Can you imagine how hard it is to grow, learn and shine when you’re hungry? Vulnerable children need your help now