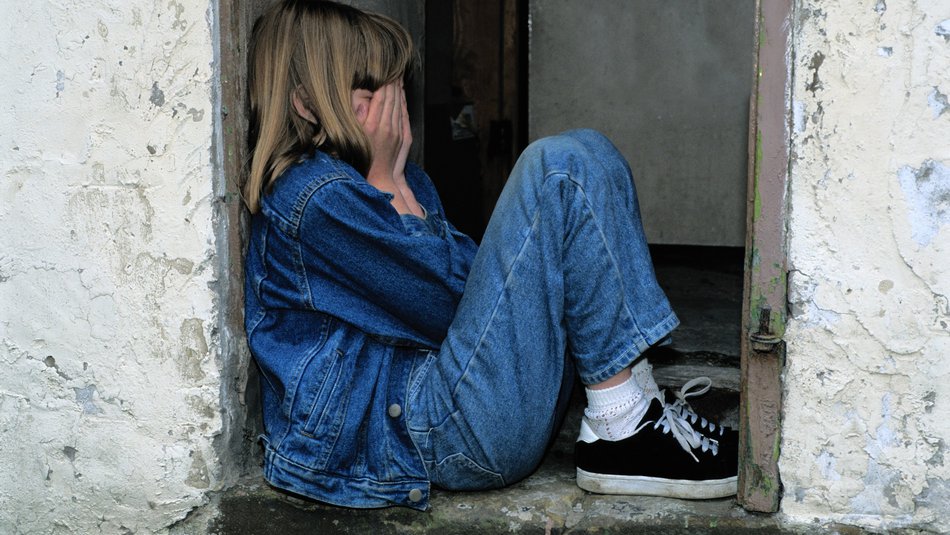 Carol* was trapped in an abusive relationship for over a decade, all of which her six children witnessed. Her eldest daughter was left severely traumatised and twice attempted suicide. Thankfully, Action for Children reached out and has supported the family to work through their ongoing feelings of shame.

Trigger warning: This is a true story containing themes of domestic abuse and suicide

Carol* met her partner when her eldest daughter Sarah, now 16, was just a one-year-old. The family blended and all seemed well until Carol fell pregnant with his first child. Carol said: “I don’t know what happened, but when I fell pregnant everything just went downhill. He didn’t take to the new arrival but then it seemed to him the more I was pregnant the better it was.

“I guess it was a way to control me. Because I never wanted to leave the children with him, that meant he could go out, but I never could. But when my youngest was born she had health conditions and I had no choice to take her to the hospital and leave him with the rest of the children. And that’s when it got really bad for them.”

Throughout the relationship, Carol did her best to shield her five children from hearing or witnessing the abuse, but when she had to take her youngest to hospital, she wasn’t there to protect them, and her ex-partner would often turn on them. She said: “When I was gone, he would treat Sarah like she was me. Making her cook and clean and look after the children. But she would also have to take on the same abuse from him.

She once said to me, ‘I’m just like you mummy, but I don’t sleep in the same bed with him’.

Carol continued: “Whenever Sarah would try and defend her siblings, her dad would take it out on her. It was awful, I couldn’t not take my baby to the hospital, but I couldn’t take all the children with me either so had to leave them at home.”

Carol's ex-partner would often ban the children from leaving their rooms other than to come for dinner. Eventually, they were too scared to be out of their rooms if he was around. 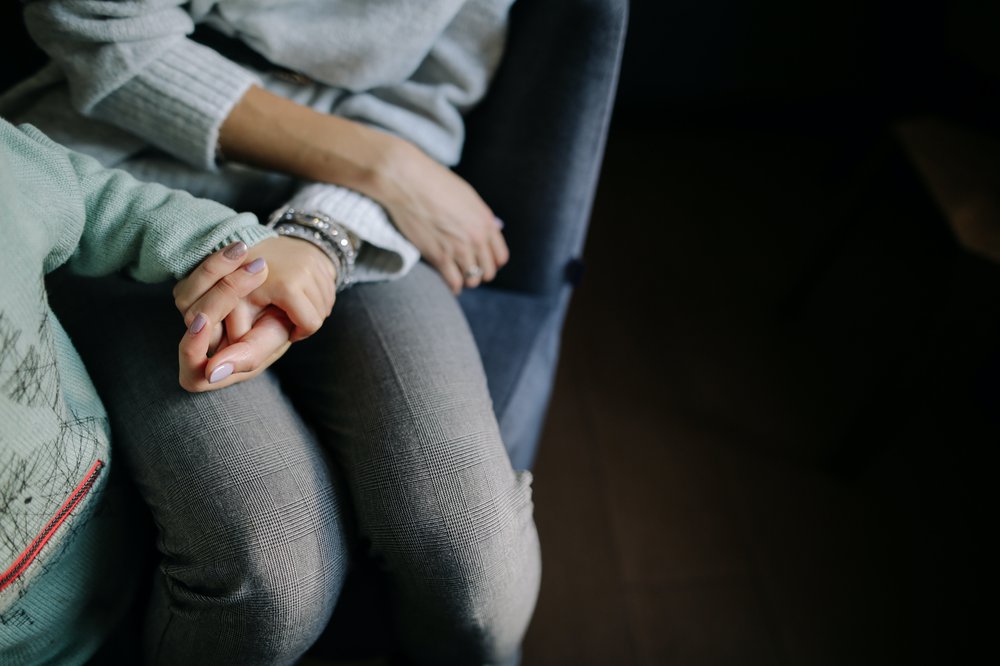 On one occasion when he was shouting and hitting Carol, her son, then aged six, tried to get in between them. She said: “He had spent all of our Christmas money and when I had scrambled a dinner together for us, he binned it all because he didn’t like it. And then he would go out and get drunk. So I tried to stand up to him and I told him to his face ‘I don’t want you here anymore, the children don’t want you here anymore’.

“My little boy came in and stood between us and said you can’t shout at mummy like that. My ex grabbed him so hard and pushed him against the wall, and just the fear in my little boy’s eyes - it was horrible. I got a severe beating that night and my shoulder was dislocated.

“I knew it wasn’t right. I had thought children needed two parents, but I realised then that he wasn’t a parent. And he wasn’t good for my children, but I still didn’t know how to leave.”

The next day, Carol’s nine-year-old told her schoolteacher: “I think my daddy’s going to kill my mummy.” The school called Carol in for an emergency meeting with social services and told her she had two choices: go home to the abuser without your children, or leave now.

Carol said: “It was the first time I could tell my side of the story and be heard. The police would never ask the children before so when their dad would say it hadn’t happened, they took his word for it.

“It was a relief when they told me I could leave. So, we went to a refuge for six weeks. It was small but eventually we were given a four-bedroom safe house, we had alarms and protection and it was in a small village. I had never felt so safe.

“But Sarah was struggling - and not long after we had arrived, she tried to commit suicide. I think it was everything. Trying to fit into a new school, a new area she didn’t know, she had had to leave behind all her friends and everyone she had known. We weren’t allowed to keep in contact with anyone.

“After her first suicide attempt, we sat down and she talked through it with me. She told me the only reason I had gone through what I had gone through for the last thirteen years was all her fault. He had told her that she had picked him to be her daddy and to be with her mummy, so she had always thought it was her fault I got hurt. She thought she had picked the man that hurt her little brother and sisters.

“And she took all that guilt and didn’t know what to do with it. It was so hard to try and get her to listen that she wasn’t to blame for everything that had happened.

Support from Action for Children

Carol continued: “At this point, she was introduced to Action for Children by the school. And well, they are amazing. Our worker has changed our lives. At first Sarah wouldn’t open up, so they just sat in silence a lot of the time. But our worker just never gave up on Sarah, or us.

“She just kept coming back and that was what Sarah needed. It wasn’t one of those people who would just come and go. It was someone who wants to hear it and it was someone she could talk to. And it was wonderful revelation when Sarah started opening up and talking to her.”

Our Action for Children worker has changed our lives.

Sarah seemed to be improving, but then she was raped by her ex-boyfriend.

Carol said: “She had been getting on well and building relationships, but this just floored her. And not long after she tried to commit suicide again. She had done everything she needed to with the police and the rape crisis centre, but it wasn’t enough so the case was dropped - and she couldn’t cope.

“She wouldn’t talk to me, but she did to her Action for Children worker. She told her how she was feeling and talked through how to manage those emotions and feelings. Even throughout lockdown and not being able to see her worker, she has constantly been in touch, and that’s been a lifeline for Sarah.”

Hope for the future

Despite the support they've received, the children are still dealing with the trauma. While Carol's daughter who told her teacher is her mum's hero, she thinks she did something wrong because the family then had to move. Her son still sleeps under his bed because he feels safer there and Sarah continues to receive one on one support from her worker.

Carol said: “What we went through is unimaginable. But with the help, seeing even just one kid smiling, it is a miracle.”

After moving to their safe house, the family were put onto Universal Credit. After the first lockdown when the children were due to go back to school, Carol couldn’t afford their uniforms.

Thankfully, Action for Children was able to help. Carol said: “I mentioned that we were struggling in a passing comment, saying I couldn’t afford uniforms or equipment the kids needed and then our worker accessed funding and got them everything for going back.

“That meant that Sarah could go to college and feel a bit of normality. And I can see how it is helping her and changing her. She is coming back to my Sarah - my little girl again. Seeing her comfortably interacting with her siblings and talking to them, it’s amazing to see.

“Had it not been for Action for Children, I think I would’ve been sitting here wondering how to get my daughter back - if I even still had my daughter at that point. The support helped me get my family back and show them that life can be more than the nightmare we were in. We will probably never be repaired fully, but I am hopeful. And that is more than I have ever felt before.”

Thanks to people like you, Action for Children has campaigned successfully for children to be legally recognised as victims in domestic abuse situations. Right now, we're also providing vital local services to ensure that children like Sarah get the support they need to recover from the pain of their past and have the best chance of being safe and happy in future.

Without support, the trauma experienced by child victims of domestic abuse can cast a long shadow, damaging them for life and leaving them less likely to be able to form healthy relationships and behaviours.

Your support helps us ensure these incredibly important services can continue into the future. Please consider making a donation, if you can.