How fostering filled a gap we didn't even realise we had 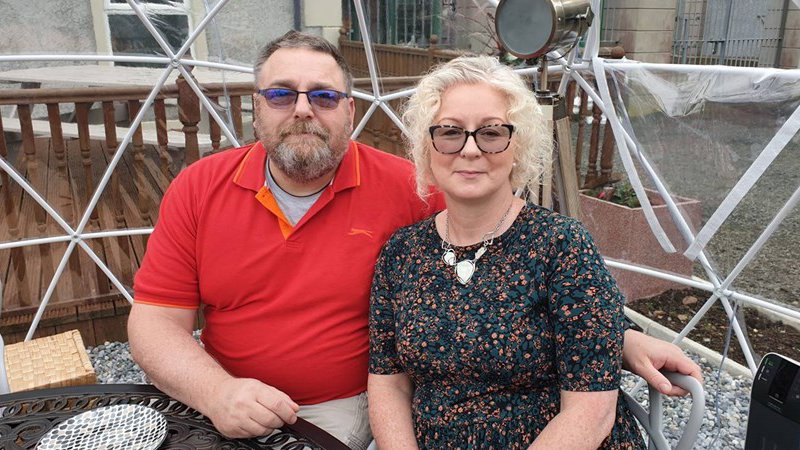 John and Geraldine never had children of their own. When John could no longer work, they chose to foster. Eight years later, they now look after three boys

“We thought not having children would hold us back because we had no experience of looking after children at home. It’s one thing babysitting and doing activities with children but it’s not the same as living with them.

"We’re also very active people – always out and about doing things and we wondered if we had the time for a family. We talked to other foster carers which helped. We thought: can we do it? Should we do it? Are we ready to do it?

“When we went to Action for Children, we did the training within weeks and were really impressed with how quick and smooth the process was. After getting approved, you can attend support groups once a month with other carers. The group is invaluable. The social worker is always available on the other end of the phone.

"But it’s also knowing that we’re learning as we go along. We’re not going to have all the answers, we’re human and that’s okay. Action for Children is like a big family, we know all of our local team and they know all of us.

“We have fostered three boys and they’re all still with us. Our first boy came to us when he was 12, he’s now 20 and doesn’t want to leave. Because of the experiences they’ve had, children in care can often find it hard to socialise and make friends. One of our boys had been moved around so many times.

We have fostered three boys and they’re all still with us. Our first boy came to us when he was 12, he’s now 20 and doesn’t want to leave.

"Having a place for them where they feel safe is so important. John takes one of our boys regularly to Sainsburys to eat chocolate cake, it’s one of his favourite and safest places to go. I think it’s because it’s a place for just him and John. They eat and talk about things.

"Another of our boys was really scared of consequences because they had been so bad at home. But now he knows he can tell us when he’s done something, and he doesn’t have to be scared.

“Our youngest boy has only been with us a short period of time, but he knows that this can be his forever home. He can see that our older boys are happy and that this is going to be a longer home for him. A lot of it is down to the loving relationship that we all have for one another.  They know we’re theirs and we’re a family.

“We wish we had started fostering much earlier as it is the best thing we’ve ever done. One of the best things about fostering is seeing them gain confidence and growing within themselves, seeing those changes and when they know you believe in them.

"We weren’t that strung up about having our own children. It was a case of if it happened, it happens. We never fostered to fill a gap. But maybe it filled a gap we didn’t even realise was there.”

Could you give a safe and loving home to a child?