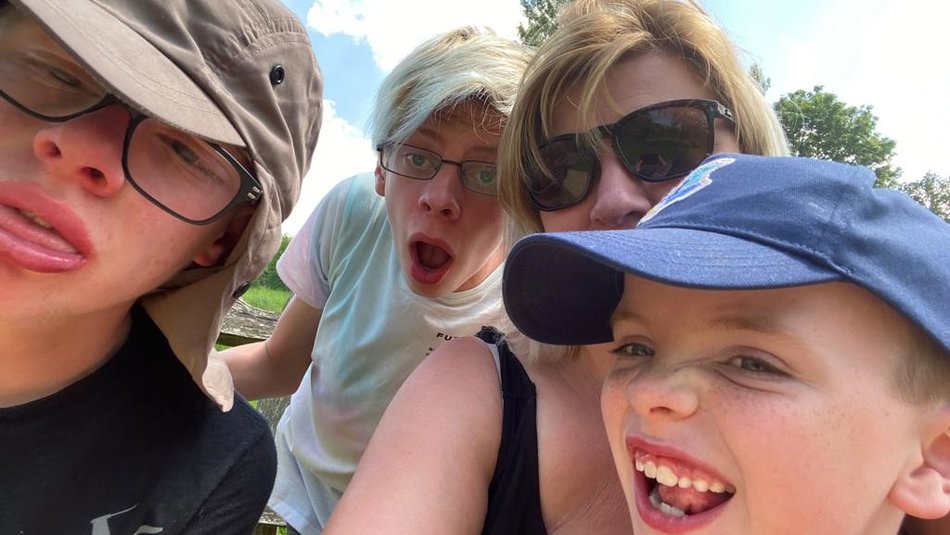 Council spending on crucial services that help stop children reaching crisis point has almost halved[1] over the last decade, with the poorest parts of the country being worst hit.

A report published by the UK’s leading children’s charities reveals that between 2010 and 2020 local authorities in England reduced spending on early intervention services from £3.6bn to £1.8bn.

The group of charities estimates that government funding available to councils for children’s services fell by 24% from £9.9 billion to £7.5 billion in real terms between 2010/11 and 2019/20.

The impact of the pandemic is likely to have made it even harder for councils to offer early intervention services for families over the last 15 months as councils across the country struggle to balance their budgets.

An analysis of council budgets, commissioned by Action for Children, Barnardo’s, The Children’s Society, National Children’s Bureau and NSPCC, shows that local authorities are trapped in a vicious circle. Faced with a lack of funding, they are forced to reduce spending on early support services which leads to a greater reliance on crisis interventions and care placements, which are both more expensive and more disruptive to children’s lives[2].

The research, conducted by Pro Bono Economics, shows overall spending on all children’s services between 2010 and 2020 fell by £325m, despite there being a 4% increase in the number of young people across the country (with a similar rise in the number of vulnerable children).

It lays bare the challenge of truly levelling up the country, with cuts falling most heavily in the poorest parts of the country, on the children and families who need the most support.

Just one example of someone affected by these closures is 43-year-old mum-of-four Victoria Brooks (pictured above with family).

Until 2015 when her council was forced to close her local children’s centre to meet central government savings targets, she received early help support for her two sons, who have severe physical and learning disabilities.

She said: “The support I used to get at the Action for Children-run centre in my village was an absolute lifeline. The team were there to help me with anything I needed when I was pregnant with the boys and bringing them up – including helping me liaise with doctors to get the right diagnoses, securing appointments, signposting me to advice, and, critically, for giving me the confidence and emotional support I needed. I was even able to check in with the workers over the phone in the evenings and weekends if it was an emergency.

“If I hadn’t had their help, I’m sure I would’ve ended up with severe depression, or something worse – I can’t really picture what those early years would have been like for us a family without them. When you have children with serious additional needs, you want to blame yourself. You know deep down it’s not your fault but having professionals nearby you trust to support you meant everything. When my children’s centre closed, that all disappeared.”

Part of the reason for this is the rising expenditure of supporting children in care, with average annual costs increasing from £53,000 to £64,000.

And with more families needing support during the pandemic, the group of leading children’s charities are deeply concerned that local authorities will not be able to cope.

The charities believe it is essential the Government uses the Spending Review expected this autumn to invest directly in services for children and families. That new investment should be focused on achieving a genuine shift from crisis support to earlier intervention.

As well as significantly increased spending, the charities want the recommendations from recent and ongoing reviews of children’s services, such as the Best Start for Life Review and the Independent Review of Children’s Social Care, to be implemented.

“It is the human costs of these funding cuts that are really worrying. Behind the figures showing increased numbers going into care and becoming subject to child protection measures are heart-breaking stories of children facing sometimes horrific risks inside and outside the home, including neglect, abuse and exploitation.

“We have heard of families being refused support because their problems were not ‘bad enough’ or their children were not going missing from home often enough.

“There is a real risk the situation will get even worse following successive lockdowns which have increased vulnerability among many children and young people and exposed them to new dangers.”

Imran Hussain, Director of Policy and Campaigns at Action for Children, said: “It’s a moral disgrace and an economic waste that children are left to come to harm before they’re given the help they need.

“An approach centred on firefighting crises is not a strategy that protects children. We will only be able to genuinely start preventing children coming to harm when we overhaul funding of early intervention services and can act quickly.”

Michelle Lee-Izu, Corporate Director, Development and Innovation at Barnardo’s said: “For many years, local authorities have been forced to make tough decisions, with rising demand for services and reductions in available resource.

“As a result too many vulnerable children are having to reach crisis point before they can access support.

“It is critical that children can access the right services at the right time to give them the best possible chance of a positive future.

“Helping children and families early must be at the heart of the Government’s strategy for ‘levelling up’ and at the heart of spending decisions to be made this autumn.”

Commenting on the Children’s Services Funding Alliance report, the Chair of the Independent Review of Children's Social Care in England Josh MacAlister said: “This report is welcome and timely. The independent review of children’s social care made clear last month that while costs are escalating, funding is increasingly skewed towards acute services and away from effective help. This report adds further evidence to the case for changing children’s social care and ensuring local services are designed to provide the early support families need to prevent them moving into a crisis situation.

“There is no situation in the current system where we will not need to spend more - the choice is whether this investment is spent on reform which achieves long term sustainability and better outcomes, or propping up an increasingly expensive and inadequate system.”

“It is unacceptable that so many children and families are being let down and denied the support that could allow them to enjoy happy and stable lives. This isn’t simply the result of a more risk-averse system. It is inescapably linked to the devastating erosion of central Government funding for children’s services over the past decade. The Independent Review of Children’s Social Care recently likened the system to a wobbly Jenga tower: this report by leading children’s charities shows just how unstable the foundations really are.”

Sir Peter Wanless, CEO of the NSPCC, said: “This report lays bare how children and families, particularly those living in the poorest parts of the country, are suffering after seeing spending on early intervention services nosedive.

“Without this crucial support, we are knowingly consigning many children to a life of struggle and underachievement. If central Government are serious about levelling up the country they must make a significant and long-term funding commitment to helping younger people before they hit crisis point.”

Matt Whittaker, CEO of Pro Bono Economics, said: “Evidence of a false economy in children’s services is worrying. Attempts to save money on early interventions like children’s centres and family hubs have backfired if it means councils are having to spend more when young people are closer to crisis point.

“This new research suggests that the current direction in children’s services is neither providing value for money to the taxpayer nor providing children and young people with the best possible chances in life.”

Since the start of the pandemic:

Local authorities have responded to the heightened risk of children reaching crisis point during the pandemic by increasing expenditure on children’s social care during 2020-21 by a reported £388m.

This extra money is welcome but similarly to recent increases in spending it has been concentrated on late intervention. £200 million, for instance, has been spent on residential care. And much of it will have been used to make services covid secure.

All figures were taken from official Department for Education statistics and the annual returns that local authorities make on spending to the Ministry of Housing, Communities and Local Government.

Last year more than 358,000 children, young people, parents and carers were supported by Barnardo’s through more than 800 services across the UK, such as young carers, care leavers, foster carers and adoptive parents, training and skills or parenting classes.

We work to transform the lives of the UK’s most vulnerable children and every year we help thousands of families to build a better future.

Visit www.barnardos.org.uk to find out more.

About Action for Children

Action for Children protects and supports vulnerable children and young people by providing practical and emotional care and support, ensuring their voices are heard and campaigning to bring lasting improvements to their lives. With 476 services in communities across the country, the charity helps more than 370,000 children, teenagers, parents and carers a year

About The Children’s Society

The Children's Society fights for the hope and happiness of young people when it's threatened by abuse, exploitation and neglect. We see the hope and courage in young people every day, and it inspires us to support them through their most serious life challenges.

About the National Children’s Bureau

For more than 50 years, the National Children’s Bureau has worked to champion the rights of children and young people in the UK. We interrogate policy and uncover evidence to shape future legislation and develop more effective ways of supporting children and families. As a leading children’s charity, we take the voices of children to the heart of Government, bringing people and organisations together to drive change in society and deliver a better childhood for the UK. We are united for a better childhood.

The NSPCC is the leading children’s charity fighting to end child abuse in the UK and Channel Islands. Using voluntary donations, which make up around 90 per cent of our funding, we help children who’ve been abused to rebuild their lives, we protect children at risk, and we find the best ways of preventing child abuse from ever happening. So when a child needs a helping hand, we’ll be there. When parents are finding it tough, we’ll help. When laws need to change, or governments need to do more, we won’t give up until things improve.

Our Childline service provides a safe, confidential place for children with no one else to turn to, whatever their worry, whenever they need help. Young people can contact Childline 24 hours a day, 7 days a week, 365 days a year on 0800 1111 or via 1-2-1 chat on www.childline.org.uk

Our free NSPCC helpline provides adults with a place they can get advice and support, share their concerns about a child or get general information about child protection. Adults can contact the helpline 365 days a year.