Child poverty will weigh down on levelling up 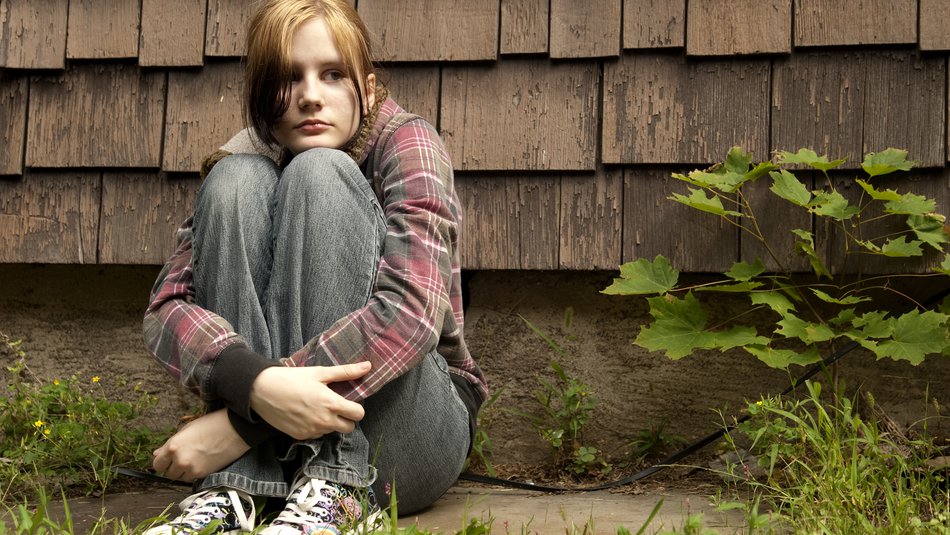 That’s the key question for the government’s plans for ‘levelling up opportunities across the United Kingdom’ announced in last week’s Queen’s Speech.

For children, the government has said levelling up means ensuring all children get the best start in life.

More specifically, it has said that will mean expanding children’s mental health services, extending support for families during school holidays, rolling out family hubs, committing to an ongoing review of children’s social care, and improving the support offered to families with babies.

The ambition to give children the best start in life is right but will be impossible without fighting child poverty at the same time. Before the pandemic, nearly one in three (31%) children were living in poverty. For a couple with two children, that means living on less than £399 a week – not including housing costs.

Many live on far less. Children growing up in poverty – or in households where the income is below 60% of the average (median) income – are twice as likely as those who aren’t to be living in households struggling with food costs, according to a government survey.

Child poverty is high and rising

New analysis by the End Child Poverty coalition, of which we’re a member, shows why those with an interest in levelling up should be worried.

Nationally, data - which is published by the government - shows that even before the pandemic hit families’ finances, 4.3 million children were living in poverty.

The North East is levelling down

Looking at the data more closely shows that increase hasn’t been felt equally across the country. Concerningly, the North East has seen a dramatic jump in the number of children growing up in poverty in the last five years.

In 2014-15 just over a quarter (26%) of children in North East England lived in poverty – just below the UK average. Last year, that was up to 37%. The second highest of any region. 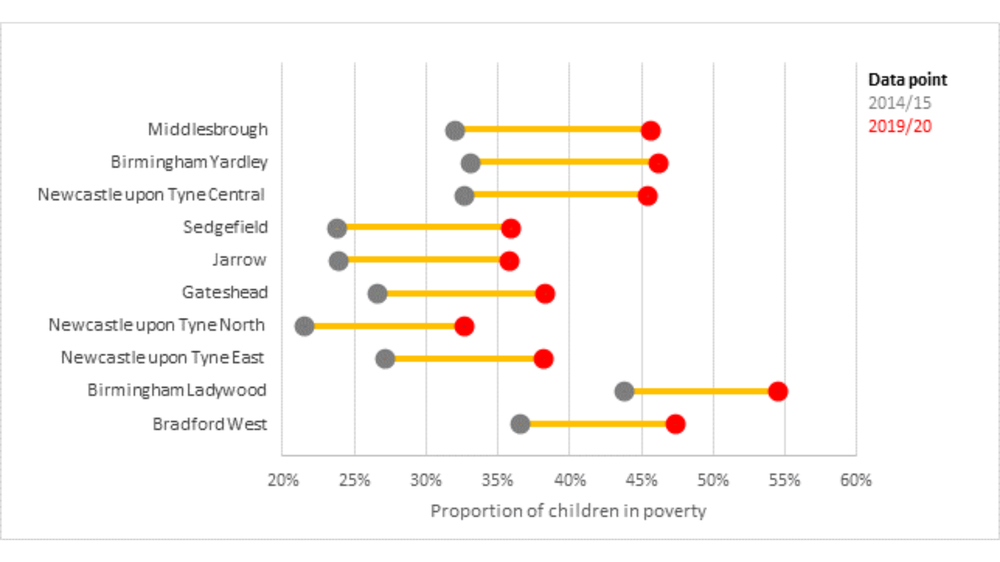 Fight child poverty to level up

The high and increasing level of child poverty is incompatible with giving all children the best start in life. For example, by the time children start school, ‘disadvantaged’ children (those eligible for free school meals) are already 4.6 months behind their peers in a broad range of areas from literacy to physical development.

Tto give children the best start in life, to genuinely level up opportunities across the United Kingdom, the government must start to proactively fight child poverty. Three changes would help, government should: