Where is child poverty increasing in the UK? 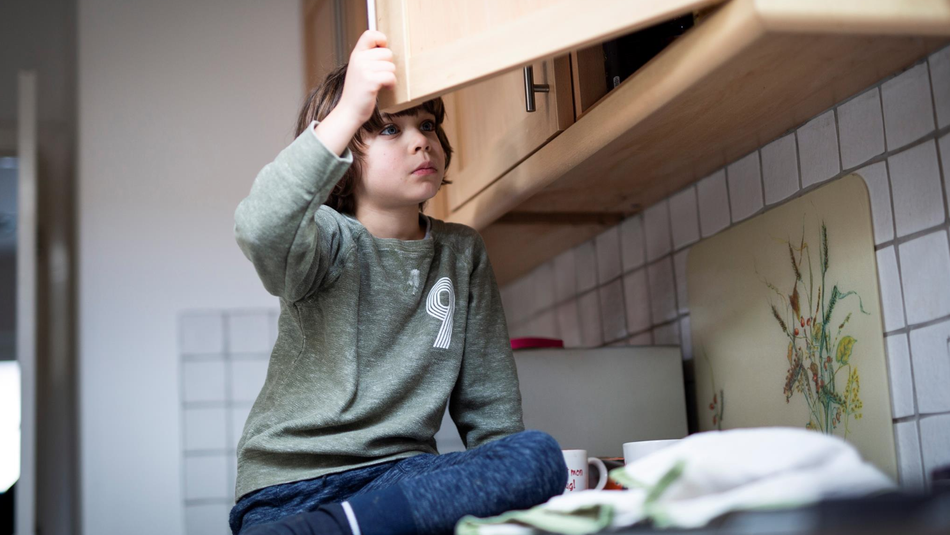 Before the pandemic, 4.3 million children were living in poverty in the UK. In 2020/21, this fell to 3.9 million (or 27% of children) largely thanks to the temporary £20 a week increase to Universal Credit.

This shows that change is possible – child poverty can be reduced with the right policies. And yet, the end of the £20 increase in October 2021 and the rising cost of living throughout 2022 has likely pushed this progress firmly into reverse.

How is child poverty defined in the UK?

A child is considered to be growing up in poverty if they live in a household whose income is below 60% of the average (median) income for that year. This is called 'relative poverty'. Data on relative child poverty is available both before and after housing costs are taken into account.

The End Child Poverty Coalition (which Action for Children is a part of) has now published new detailed local child poverty data up to 2020/21.

‘After housing costs’ data allows us to compare incomes for households in different parts of the country where housing costs vary.

The data, which covers the six years from 2014/15 to 2020/21, shows child poverty levels across the UK at local authority and constituency level. This means it tells us about the scale of the problem locally at the height of the pandemic – during 2020/21.

It's time to end child poverty

Too many children are growing up in poverty. But you can help them. Email your MP to support vulnerable children and families

Use the interactive graphics and maps on this page to explore child poverty around the UK and in your constituency.

Where is child poverty rising fastest?

The North East of England has seen the most dramatic rise in child poverty in the past six years, having risen by almost half from 26% to 38%. It has now overtaken London to have the highest child poverty rate (after housing costs) in the UK.

Newcastle upon Tyne has seen an increase in child poverty of 14 percentage points over the last six years. Rising from 28.4% of children living in poverty to 42.4%.

These figures have moved the North East England child poverty rate from just below the UK average in 2014/15, to the highest of any region in 2020/21. Higher than average unemployment, low wages, and a greater number of families receiving benefits under the old system - which did not benefit from the £20 a week increase during the pandemic - are likely to play a role in explaining the North East's rise.

The additional £20 support from the Government during the COVID crisis does appear to have affected the figures positively in most areas. This shows that change is possible, these levels of child poverty do not have to be the norm.

Where is child poverty most common in the UK?

While the North East now has the highest rate of child poverty across the regions, many of the worst affected constituencies and local authorities continue to be in London. This is driven by the very high cost of housing in the capital.

The London constituency of Bethnal Green and Bow had the highest concentration of child poverty in the UK in 2020/21, with 56.1% of children living below the poverty line after their families pay housing costs. Child poverty rates are also high in other large cities like Birmingham and Manchester.

Despite the overall fall in child poverty in the UK in 2020/21, over half the children living in the eight worst affected constituencies were below the poverty line.

This interactive map shows the number and percentage of children in poverty by constituency. You can search for your constituency using the search bar at the top or find it and click directly on the map. It’s shaded to highlight the differences between areas of the country – the darker the map, the higher the child poverty rate.

This chart allows you to select and compare how the child poverty rate among different constituencies has changed over time. You can also select up to four others to compare it to.

Child poverty rates across the UK

Percentage of children in poverty, 2020/21, by English region:

The following interactive chart shows how child poverty is dispersed within the regions of the UK. Each dot on the chart represents a constituency.

The wide spread of dots in London, for example, shows that your likelihood of being in poverty depends very much on where you live in the city. The dots in the North East are much more concentrated, showing that almost everywhere in that region has similarly high child poverty rates.

It also allows you to quickly identify those areas that have particularly high or low child poverty rates – such as Bethnal Green and Bow on the far right of the plot.

How you can make a difference

These figures are a clear reminder that more needs to be done to support children and young people living in low-income families.

Child poverty levels have remained stubbornly high over the last decade. Despite falling back in 2020/21 due to the government’s pandemic support measures, child poverty is expected to continue rising in the coming years.

After almost two years struggling to cope with job losses, pay cuts and rising costs, families with children have been hit the hardest once again by the worst inflation seen in four decades.

Poverty destroys life chances. You cannot level up the country with millions of children in poverty so it’s vital the Government brings forward a credible plan to reduce poverty.

With families facing very hard months ahead, the Government must strengthen benefit levels to ensure every family can afford the essentials. This should be targeted towards children through an increase to the child element of Universal Credit.

Many of these families will also be affected by benefit deductions, the two-child limit and the benefit cap — which whittles down their income even further.

It's crucial that the Government creates a social security system that reflects the needs of families. They'll only do this if they are under pressure from Members of Parliament — that’s where you come in.

It's time to end child poverty

Too many children are growing up in poverty. But you can help them. Email your MP to support vulnerable children and families