Fatima Whitbread: “I didn’t always grow up in a happy home, but all children should” 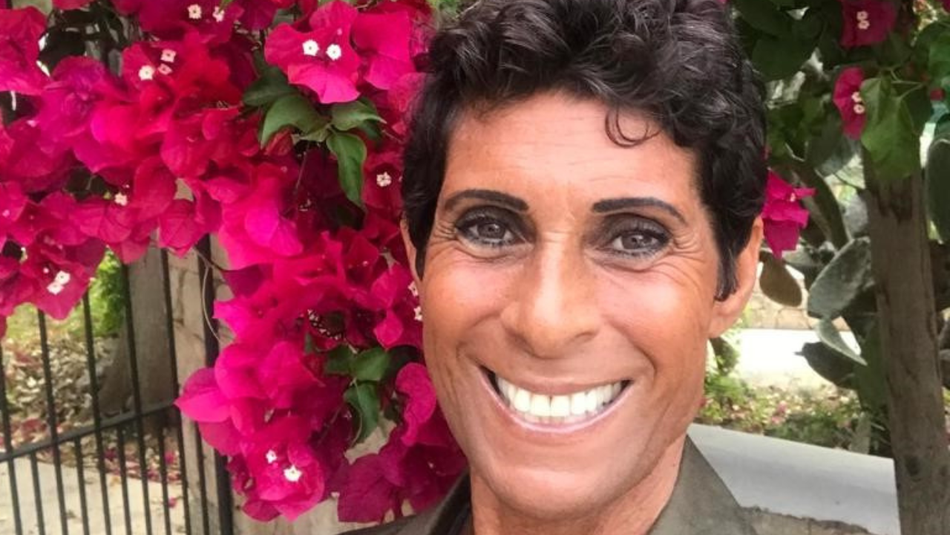 A quick search of Fatima Whitbread MBE online and you see her many successes over the years as a former British Olympic Javelin thrower. But what you’ll also find is the harrowing story of her early life

As Fatima describes her childhood, it’s something you’d never imagine anyone – let alone a baby – could experience. Abandoned by her biological mother in her flat at three months old, Fatima says she was “left to die”.

“A neighbour heard the cries of a baby, but they didn’t see anyone come or go for a few days,” Fatima shared. “At that point, the neighbour called the police who came and broke the door down to rescue the baby – me.”

She then spent the next four months in hospital being treated for malnutrition, before being put into care. Fatima doesn’t speak too highly of her time in care homes – though there were brighter moments, thanks to some special people she encountered.

When I look back on all of this now, I can see how it helped me become quite a strong-willed lady. 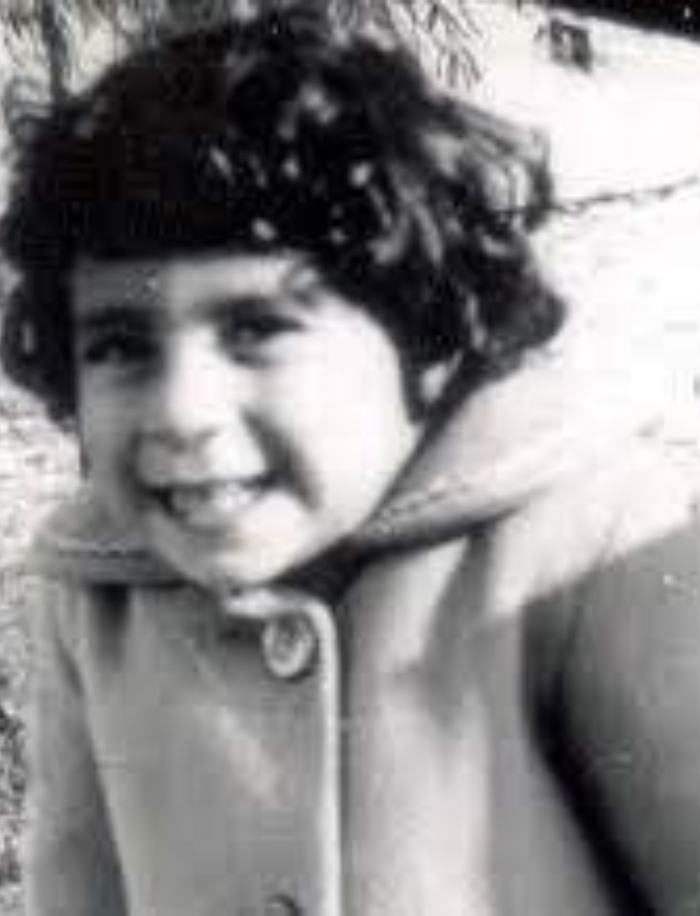 After leaving hospital, Fatima was placed in a children’s home in Hertfordshire. She stayed there for the first five years of her life.

“There were a lot of us in that first home – about 25 – but none older than five,” Fatima recalled. “It was a huge, though quite barren, large mansion.”

Looking back on her time in children’s homes brings up mixed emotions for Fatima. While she sees it as part of her story, she “remembers it never feeling like a home... more like an institution.”

Not having many visits or people that you could connect to made [being in a children's home] quite lonely and difficult.

Despite having left her alone days after birth, Fatima’s biological mum was present during her early life – albeit infrequently. The first time they met was when she was five. With no warning, Fatima was one day told that she would be meeting her mum, a social worker and her half-brother and -sister the following morning.

“I found this quite disturbing, because I didn’t know I had a mum,” Fatima said. “Nobody ever took the time to explain it to me. And having never received any birthday cards or visits, the only logical way I could understand it was that I had no real family or home.”

The next morning, Fatima found herself sitting, waiting and contemplating what was going to happen.

“When I finally saw my biological mother, she was so far removed that I didn’t even recognise her. I thought she was the petite mouse-coloured hair lady (but that was the social worker). My mother was the large dark-haired lady who didn’t look at or bond with me.

“I didn’t resonate with them at all. I felt very ‘other’ to them. I felt like they were a family, and I was just on the outside looking in.” 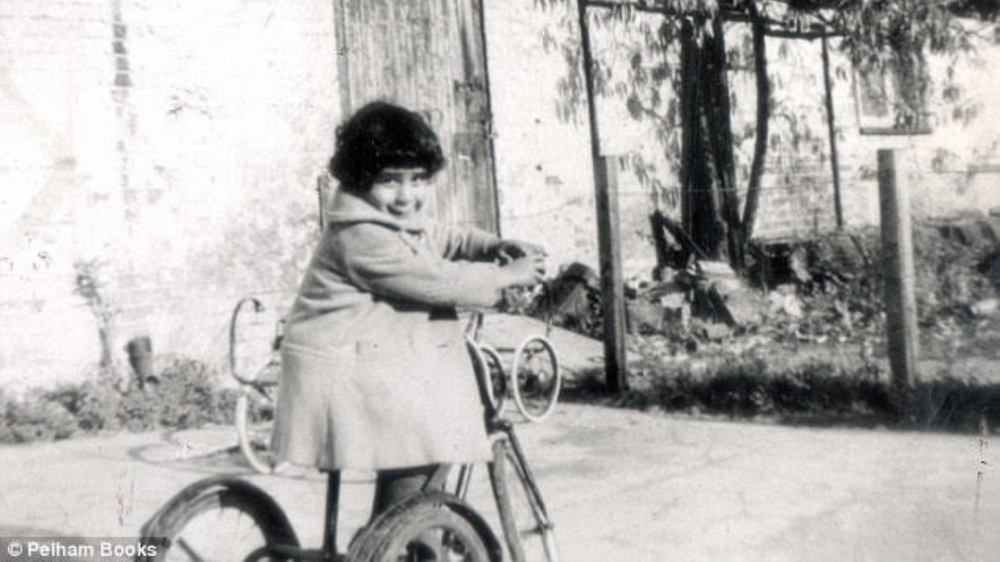 A sudden and unexpected move

On top of an already challenging day – Fatima was also told that she’d be moving to a new children’s home that day.

“I can remember the long drive to the new home,” Fatima said. “The social worker in the driver seat, myself in the passenger side. Not a word was spoken, I just looked out and cried the entire journey.”
Suddenly leaving all she’d ever known; Fatima was frightened for the future. Despite this, Fatima says she never questioned why she was moved to another home.

She continued, “All I knew is that I was now in a new home. One with new people, a new house aunty and a whole different set of circumstances.”

Fatima’s new home was smaller and more suburban than the Hertfordshire home. There were only 14 children in this place, but it has a special place in her heart as it’s where she met Aunty Pete.

Aunty Pete – “a cockney lady” originally from London, lived in a small house just down the road from Fatima’s new children’s home. Fatima can still remember how the house felt lighter whenever Aunty Pete arrived.

“She was one of the 72-hour-ladies at the home, who worked on a rota to come in and look after the children,” Fatima noted.

“If I ran up the stairs in our house, I could see her coming from out our window,” Fatima fondly remembers. “It felt quite comforting to know that she was only a stone throw away.”

The depth of Aunty Pete’s impact on Fatima goes “far deeper”, as she puts it: “As a child, Aunty Pete taught me a lot. She showed me how to love and laugh – she kept me sane... She gave me a sense of purpose.”

It’s Aunty Pete’s presence in Fatima’s life that helped her break down the walls she’d built up. After many tough years, Fatima felt let down. But Aunty Pete’s impact stayed with her long after leaving her home, even after she was adopted at 14. It’s part of why, today, Fatima chooses to support causes like Action for Children. 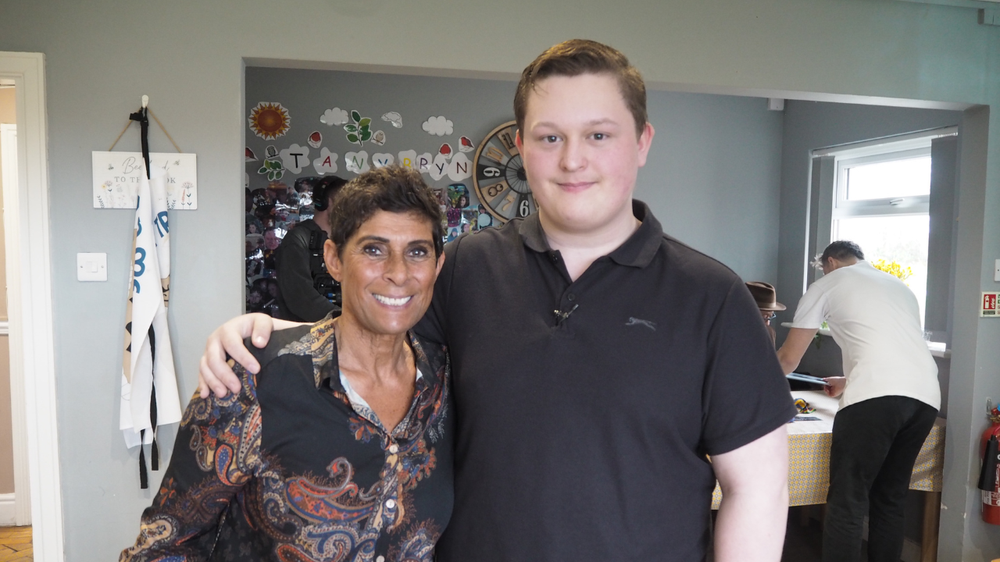 Fatima w/ Rhys Fatima visited Tan y Bryn, one of Action for Children’s residential homes. She met Rhys, who like Fatima didn’t have an easy start to life.

Why Fatima supports Action for Children

Reflecting on her story, Fatima said: “It was very difficult to keep surviving during those days. Day by day, year by year – 14 years with only some glimmers of hope. It’s a long time to be in homes which felt more like institutions.”

However, Fatima credits her experiences to who she has become, and people like Aunty Pete who helped her “survive”.

Fatima’s not-so-bright early years are what make her passionate about making sure children have safe and happy childhoods.

I see the work Action for Children is doing. It’s so important. It helps give children a chance and opportunities – something that all children deserve.

“It makes such a big difference when children feel seen and know they’re understood. They become much more secure in themselves. You can see it – they’re confident in voicing their opinions about things, rather than holding it in becoming closed off.

“Action for Children have definitely got it right. They’re making sure children get the best start in life and have a loving place to call home.”

Thank you to Fatima Whitbread, and her son Ryan, who will be climbing Mont Blanc to raise funds for Action for Children.