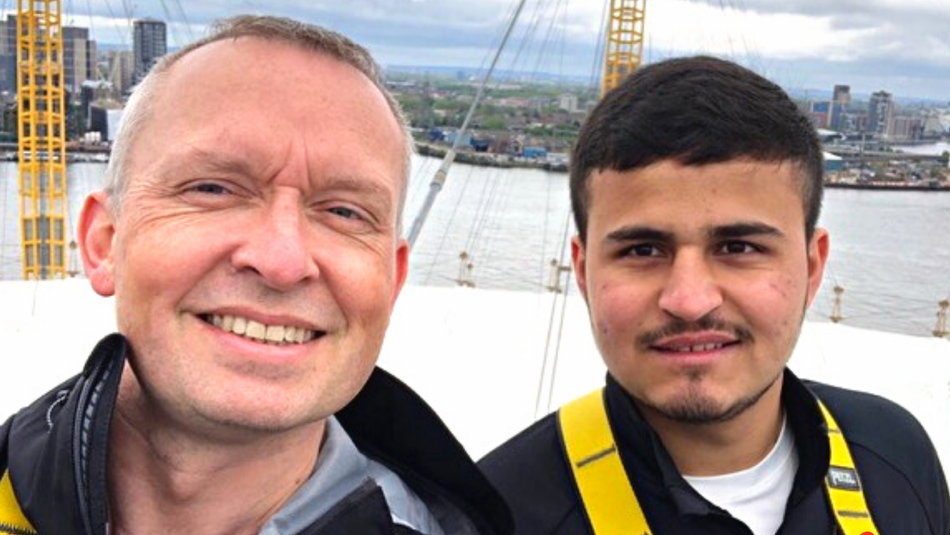 Imagine being forced to leave home and everything familiar while just a child. For unaccompanied child migrants like Sheraf, an Action for Children Independent Visitor like Mark can be a lifeline

When Sheraf was aged just 12, his parents sent him away from Afghanistan to protect him. He had no idea he’d end up in England.

Child refugees arrive in the UK after long and distressing journeys. Not to a warm bed and a listening ear, but to a lonely and frightening new situation. They don't speak the language. There's no support network of friends and family to turn to, nowhere to call home.

At Action for Children, we’ve seen all too often how children like Sheraf have to fight hard for basics like food, safety and housing. It's not uncommon for these children to end up in the care system, where they can feel even more isolated.

Our Independent Visitor service can help tackle this. We train and vet trusted volunteers and match them with vulnerable children and young people living in care. These volunteers are separate from the system and are there for the young person to really listen, without judgement.

Thankfully for Sheraf, three years on from his arrival in the UK, he met Mark, an IT manager from Colchester. Mark was to be his Independent Visitor, but became so much more than that.

Mark explains, “An Independent Visitor befriends a carefully matched young person [in care] and becomes the consistent adult presence in their life. We meet once a month and it’s about going out and having fun.”

When their home, school, friendship group or care workers change, the Independent Visitor is always there.

The desire to do more

Having fundraised for Action for Children’s Byte Night sleep-outs with his colleagues at work, Mark felt inspired to get involved in a different way.

“There’s nothing in my background that triggered wanting to do this. I always knew I’m lucky or privileged – I’ve had a very stable childhood. But I wanted to contribute and do something on the front line with kids.

“I started doing my own research on the [Action for Children] website and it all went from there.” Soon after, Mark signed up to volunteer as an independent visitor. It was in 2019 when he matched with Sheraf, who was 15 at the time.

Before meeting Mark, Sheraf was hesitant about the idea of having an independent visitor. He wasn’t sure what to expect but decided to try it out. At their first meeting, the two bonded over being nervous. “We didn’t know what to expect but we just kept going,” Mark said. 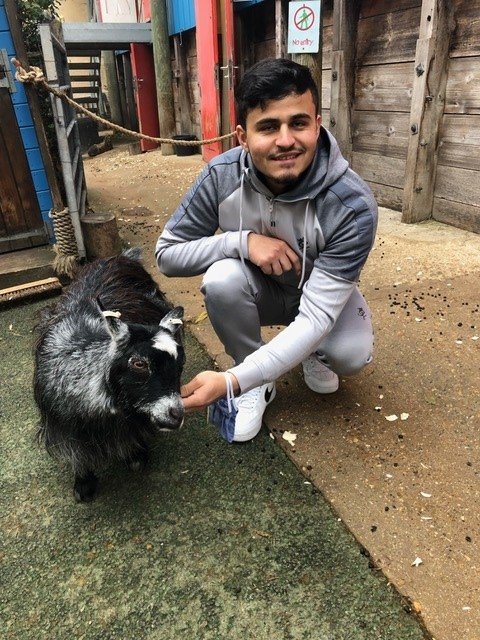 Sheraf at the pair's visit to London Zoo (he loves goats!).

Mark and Sheraf have spent countless hours together, mostly outdoors or doing something active. They’ve been to London Zoo, Go Ape, go karting, BMX at the Olympic track and even climbed the O2.

Sheraf is also a huge cricket fan, which is what inspired one of their first outings together.

“It was a warmup cricket match between Afghanistan and England, and it was also the first-ever time he had seen live cricket," Mark recalled. "I will never forget his face as we walked up the steps to see the ground at The Oval.”

Sheraf’s friendship is something I genuinely value very deeply and I know he feels the same.

A friend to rely upon

In their years together, Mark and Sheraf have shared a lot – experiences, memories, and worries too.

“We have been on a journey together and have taught each other a lot. We have a mutual respect and can discuss anything,” Mark shared.

Mark told us that Sheraf opened up about his move to England. “The story from Afghanistan to England is not a nice one but Sheraf has shared it with me over the years,” Mark said. “When he arrived, he had no money and couldn’t speak English. Since leaving Afghanistan he has had no contact with his parents or his two brothers.”

This is why Mark’s presence in Sheraf’s life has been so crucial. Having Mark by his side also empowered Sheraf to advocate for himself, after sharing that he wasn’t happy in his foster home. Mark helped Sheraf feel confident enough to tell his social worker and foster carers about the situation. “[After his] move into semi-independent accommodation… his confidence grew overnight,” Mark said.

The life-changing impact of the pairing 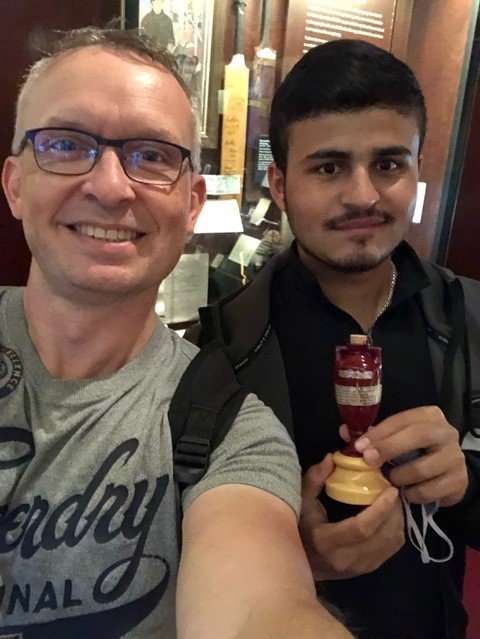 When Mark describes the Sheraf he’s come to know, he said: “He seems happier and more confident… much more independent than when I first met him.

“The support he has had from Action for Children is directly responsible for his change. The impact it has had on Sheraf is impossible to quantify. He is still the same amazing Sheraf that I met originally but an even better version of himself.”

The impact goes both ways. Sheraf has made an impression on Mark too. “I have a friendship that I value very much,” Mark shared. “[Sheraf] has also made me more grateful for everything. Given his story, I am always so impressed with his resilience, attitude and how he handles life.”

The support [Sheraf] has had from Action for Children is directly responsible for his change.

Volunteer with Action for Children

Are you looking for a volunteer role that can change the lives of children and young people in the UK? Whether you want to support our fundraising events, mentor a young child or even become an Independent Visitor like Mark, we have lots of roles on offer.