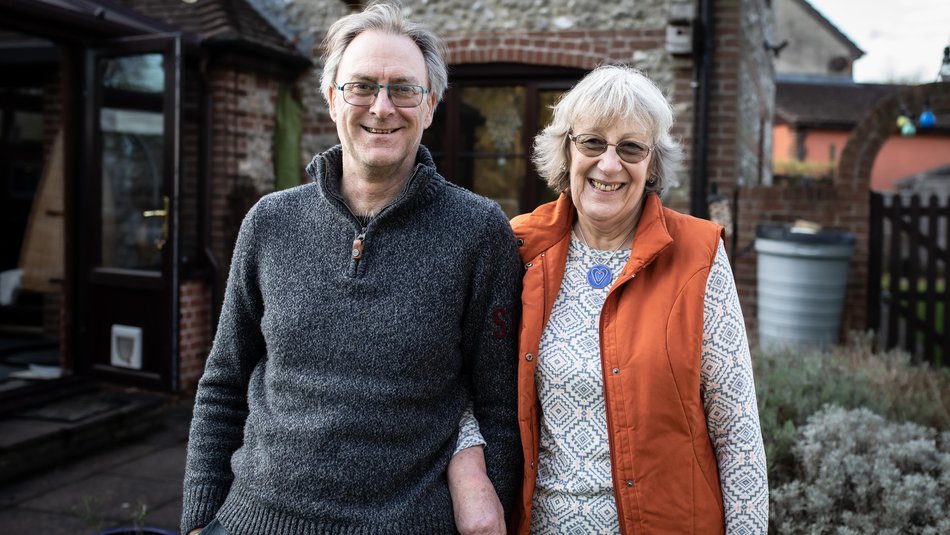 Heather and Kelvin volunteer as part of Action for Children’s work tackling youth homelessness. In a few short days, they make a huge difference to the lives of homeless young people

Heather and Kelvin regularly open their hearts and homes to strangers. They’re Volunteer Hosts for Action for Children’s Nightstop project. They make up a bed in their spare room for young people who would otherwise have nowhere to go.

Young people end up homeless for a myriad of reasons. Those that stay with Kelvin and Heather don’t feel safe in their own homes. Some are fleeing abuse. Others have left due to relationship breakdown at home.

If it wasn’t for volunteers like Heather and Kelvin, young people would be left out in the cold. The couple have had young people arrive in wet clothes because they’ve been forced to sleep outside – no matter the weather.

“You see their shoulders literally drop as they relax. They’ve been on tenterhooks about what’s going to happen next. [But now] they don’t have to worry because while they’re here – they’re safe.” said Heather.

They feel safer being out on the streets than in their own home. 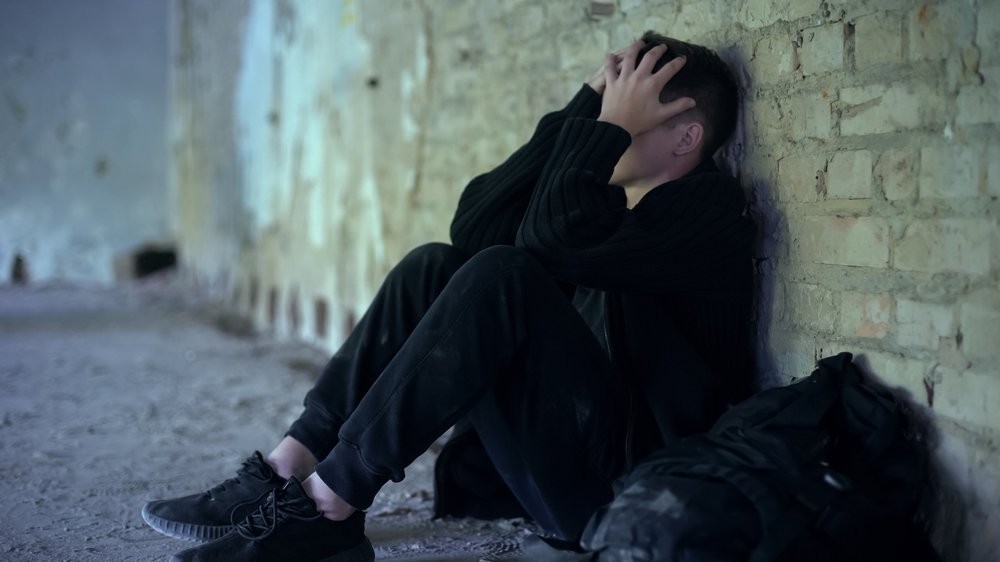 Find out the facts and figures about youth homelessness

A bed, hot food and much more

Heather, who has a background in social work in Devon, explained what they do as volunteer hosts. “We provide food, a warm bed in their own room, a bath, a shower, their own bathroom they can use. We provide transport, a listening ear. Advice if they need it, but that’s not the major part of what we do – most of what we do is practical.

“Mealtimes are important. We always ask them to eat their meals with us in the kitchen because… that’s where we have the conversations.”

“We try not to dictate to them… otherwise we end up being like the system they’ve just tried to escape from, so we try not to do that,” added Kelvin.

A short but life-changing stay

Through the project, homeless youth in Dorset are offered a short-term place to stay. Many of the young people stay for just a few days, but this is enough to make a big difference in their lives.

Staff at the Nightstop project work with authorities and other agencies to find more permanent living arrangements. Heather and Kelvin’s generosity means that they have a place to stay while this happens.

“If someone is instantly homeless, you can’t magic anything up quickly. While the authorities are going through their due process and trying to make provisions for the young people there is nothing for them,” Kelvin explained.

“We provide a safe, warm environment for them while their next step can be taken. This allows the authorities time to get things in place for them.” 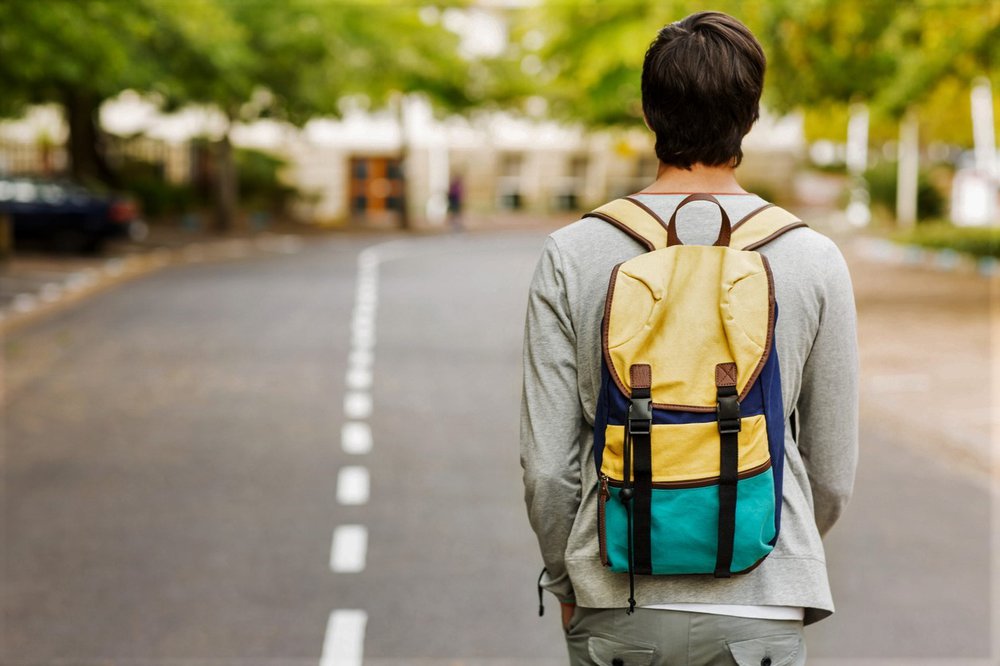 The motivation to help others

It's been nine years since the couple started as volunteer hosts. They first joined after seeing an advert about Nightstop at their local church. “The local vicar was involved in setting up the training for Dorset Nightstop, and we saw an advert. We went along for the introductory session, met a host, and then went down the process of being trained,” said Heather.

Heather went on to tell us what motivated them to volunteer. “I love my daughter to pieces but my relationship with [her] was challenging at times. I never got to the stage of ‘I can’t cope with you anymore’ but I sometimes thought what would’ve happened if I had. I would’ve wanted someone to be there to offer support.”

Heather and Kelvin are now able to look back and remember the many young people they’ve met through the years.

We just love doing it. We have learnt more from the young people over the years than I have learnt from a lot of people. How young people are so resilient with the circumstances they’re under – I’m amazed every time I come across them.

Support in a time of need 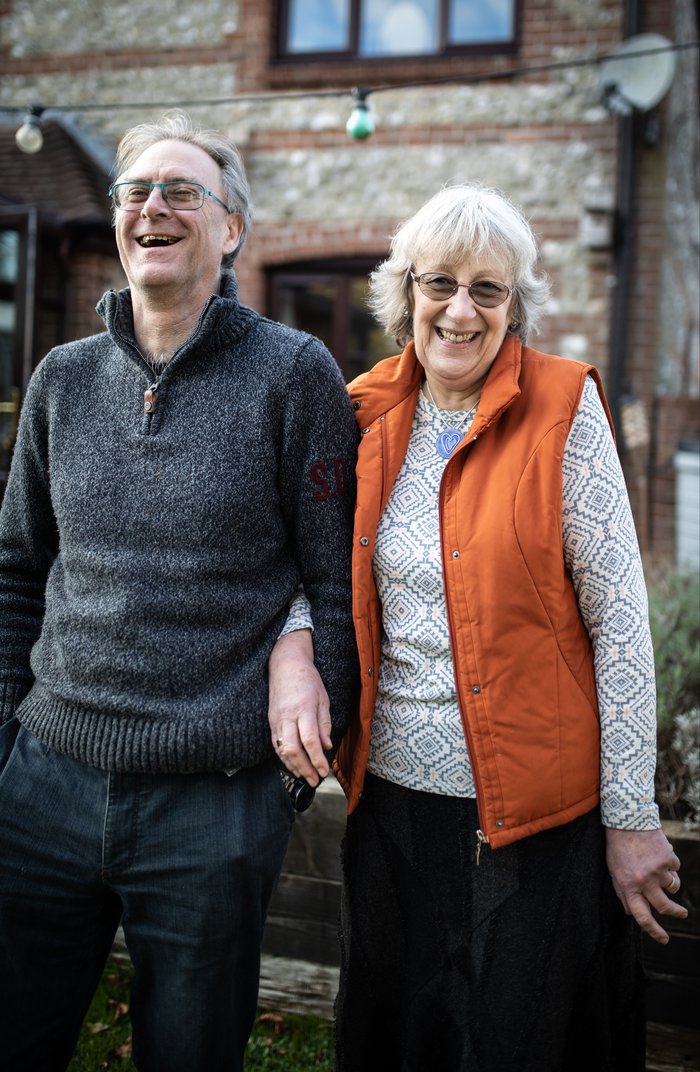 Heather and Kelvin hope that what they do helps young people when too often the support they need is lacking.

“Young people just want to get on with their lives and they want to go back to college [or] continue their work. They’re here for a short time while they try to get back to their normal lives,” said Kelvin.

“We don’t always know where they go next. But at least we know they’ve gone off full, with a warm meal inside them, with clothing if they need it and some toothpaste and a toothbrush,” Heather added.

Volunteer with Action for Children

Are you looking for a volunteer role that can change the lives of children and young people in the UK? Whether you want to support our fundraising events, mentor a young child or volunteer at a children’s centre we have lots of roles on offer.