‘I'm proud of being a male foster carer’: why more men should foster 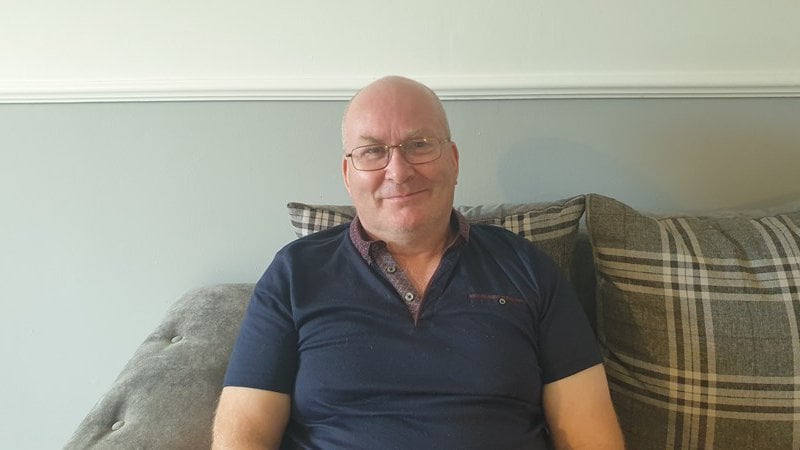 A single man over 50, Darren isn't your "typical" foster carer. He tells us why he became one and why more men should consider fostering

59-year-old Darren from Bristol is a single dad with eight children and 22 grandchildren. He had always wanted to foster but didn’t have the space. When the last of his children left home in 2019, he had the time and space to follow his dream.

Darren said: “I thought if I don’t do it now I never will. I looked at a few agencies but chose Action for Children because they’re a non-for-profit charity, and it was important for me to choose an organisation that puts children first.

“Over the past year, I’ve had a few young people live with me. My first child was a 13-year-old boy and my family got on so well with him. My granddaughters loved him, and they would take him cycling and to the park, which helped him settle in.

“When he had to move on, they really missed him, and they keep in touch with him now. Family is so important, and my children and grandchildren are a big support network for me. I’ve got one daughter who lives up the road and she will stay with him if I need a break or to pop out”.

One of the main reasons more men don’t foster is because they think they’ll be judged or discriminated against. That isn't the case.

Before he began to foster, Darren spent years working with children with disabilities. This, along with his large family, gave him the confidence to foster. He said: “One of the main reasons more men don’t foster is because they think they’ll be judged or discriminated against, as caring for children is often considered more of a woman’s role. That isn’t the case.

“Like any single parent, they might also worry about being responsible for that child without someone else around. People don’t realise how much support there is. If I need anything, my social worker and the whole team are there.

“As a single male I did have concerns at first but doing the training with Action for Children and chatting to their team reassured me. If you don’t know what to do, you ask the social workers and follow the procedures. They are there to keep everyone safe. Men should come forward because there are many children who need a positive male role model.

It’s great to know I’m helping a child to become independent, so they can go out into the world.

“Lots of people, irrespective of gender, can offer children in foster care what they need. For me, I’ve always been calm and laid back. My kids say if I was any more laid back, I’d be asleep! Having listening skills and observing is important because a child might be telling you one thing but mean something else. It’s also good to have a sense of humour, I’m a bit of a clown and a big kid at heart which helps.

“I really enjoy fostering, seeing the kids grow and do new things. I took one boy to a carnival and loved seeing the look on his face; he’d never been to one before. He was only with me for a few months, but I was told his time with me transformed him into a much calmer, happier kid. It’s great to know I’m helping a child to become independent, so they can go out into the world.

“To me, it’s all about family. When the foster children are with you, they’re part of your family. It’s about them experiencing normal family life and feeling part of that. If you’re a man and you’re thinking about fostering, I would say: don’t be put off. Men can make great foster carers and you’ll receive lots of support. There are many children out there that need a safe home, so go for it."

Get your info pack