“A system geared only for crisis guarantees more children will end up in crisis.”

Imran Hussain, director of policy and campaigns at Action for Children, which contributed to the review, said:

“We welcome Andrea Leadsom’s ongoing commitment to the early years and her review’s renewed focus on this vital area. For too long, the youngest children have been overlooked in government’s policy and funding decisions.

“Children’s centres and family hubs are some of the best tools local authorities have to tackle the growing educational attainment gap between disadvantaged children and their peers – which many fear the pandemic will have widened¹. And coming out of the crisis, they will be more important than ever. Yet these lifeline services are being hamstrung by funding cuts² and a lack of prioritisation within government decision-making.

“Investing in services which step in early to support families should be a core part of the ‘levelling-up’ agenda. It would be irresponsible to have an NHS offering only A&E departments but no primary care or public health services, yet this is the short-sightedness we’re facing in children’s services. A system geared only for crisis guarantees more children will end up in crisis.” 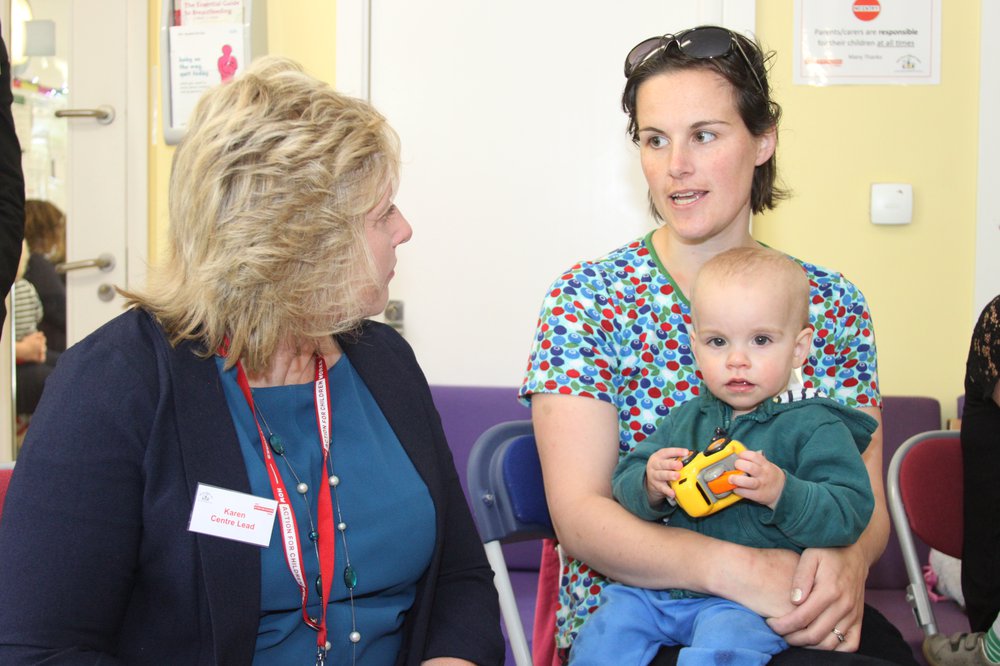 Vicky Sanham, from Tavistock in Devon, attended one of Andrea Leadsom’s review consultation visits and has had support from her local Action for Children children’s centre with three of her four children. She says the early help group sessions and chance to meet other mums were a vital lifeline.

She said “It doesn’t matter if it’s your fourth or first baby, you still feel very vulnerable as a new mum. I have a lot of back problems so I needed a lot of help with practical things and the children’s centre were able to put me in contact with an agency to support me. The children’s centre themselves also provided emotional support. I consider myself to be independent and strong, but I was still vulnerable and having that support on your doorstep was just so important.

“As a mum you rely very much on other people to support you with your child – from the children’s centre workers to the health visitor – these are the friendly faces you want to see and to reassure you about what’s happening with your children. I’ve no idea what I would’ve done without their help over the years – I’m lucky in my area these early help services are still available – my heart goes out to parents in other parts of the country who don’t have the type of support I’ve had.”